The new content will be made available in a few weeks, but we have decided to release the update 3.010 now to publish many improvements and fixes which are already ready. U-2VS Collector Plane is now available in Career mode and can be equipped with rockets. P-47D-28 now sports 4K textures made by Martin =ICDP= Catney. There are also DM improvements and we hope this update should finish the current cycle of DM improvements for now. Important multiplayer and AI fixes are also in. Last, but not the least, is the optimized GUI which should yield more performance in flight. The full change list follows:


5. HE rounds no longer damage armored objects without penetrating the armor in certain cases;
6. AP rounds penetration of a multi-element armor has been fixed (reduced);
7. AP rounds can travel further after penetrating a target through;
8. Now wings are correctly damaged when their root parts are hit on Bf-109F/G/K, Ju-87, IL-2, I-16, La-5, Yak-1, Yak-7, LaGG-3, MiG-3, U-2, MC 202, P-39, P-40;
9. The sturdiness of the tail part of the fuselage has been corrected for all planes;
10. Ramming with the propeller has been reworked;
11. Previously developed tech (instability of the airflow around the damaged parts of the aircraft skinning) has been applied to all aircraft;
12. Ballistics and armor penetration of BR-350B and BR-350BSP rounds (F-34, ZiS-5 and ZiS-3 guns) has been corrected according to the report TsNII-48 2VV-2;
13. Pz-VI-H1: weak spots in the gun mantlet have been corrected;
14. Soldiers walking on airfields can be killed now;
15. Rear right wheel damage has been corrected for all wheeled vehicles;


16. A large mission running on a server won't prevent some players from joining;
17. Data delivery under heavy loaded servers has been reworked. We hope this will help to fix several problems caused by data loss, such as 'greyed out start button', 'damage application delay', 'AA fire delay', 'invisikle planes', 'invulnerable planes', etc.;
18. The game (and the server) won't freeze for several moments when a very large bomb explodes in a very dense built up area;


19. One more case of AI following its target into the ground has been found and fixed;
20. AI correctly turns on the engine in a ground start situation without taxiing;
21. P-47D-28 stall behavior has been corrected;
22. Detached P-47D-28 flaps appear correctly now;
23. Bombsights in an automatic mode made less jumpy;


24. Many GUI elements made clearer;
25. Automatic GUI scale option added (useful for 4K screens and VR);
26. Lists rendering has been optimized, improving the overall GUI performance, settings and Career mode responsiveness, etc;
27. In-game GUI has been optimized, yielding up to 20% performance in some cases;
28. Switching the HUD on and off or changing the mini-map scale no longer causes a delay;
29. Multiplayer gunner positions dialog window has been corrected for Ju 88 A-4;
30. Target symbols made clearer on the navigation map


31. Certain buildings shouldn't levitate above the terrain anymore;
32. Some bridges with uneven driveways were fixed;
33. Aircraft cruise speeds were corrected in the Career mode so wingmen won't lag behind the flight leaders;
34. Previously AI-only unit 293rd IAP is now joinable by the player in Stalingrad and Kuban TOWs;
35. "Blazing Steppe" and "Sea Dragons" campaigns are now available in French thanks to Dominique Girouard;
36. "Fortress on the Volga" campaign is now available in German thanks to II/JG11ATLAN, ram0506 and =27=Davesteu.
37. "Havoc over the Kuban" campaign has been updated. 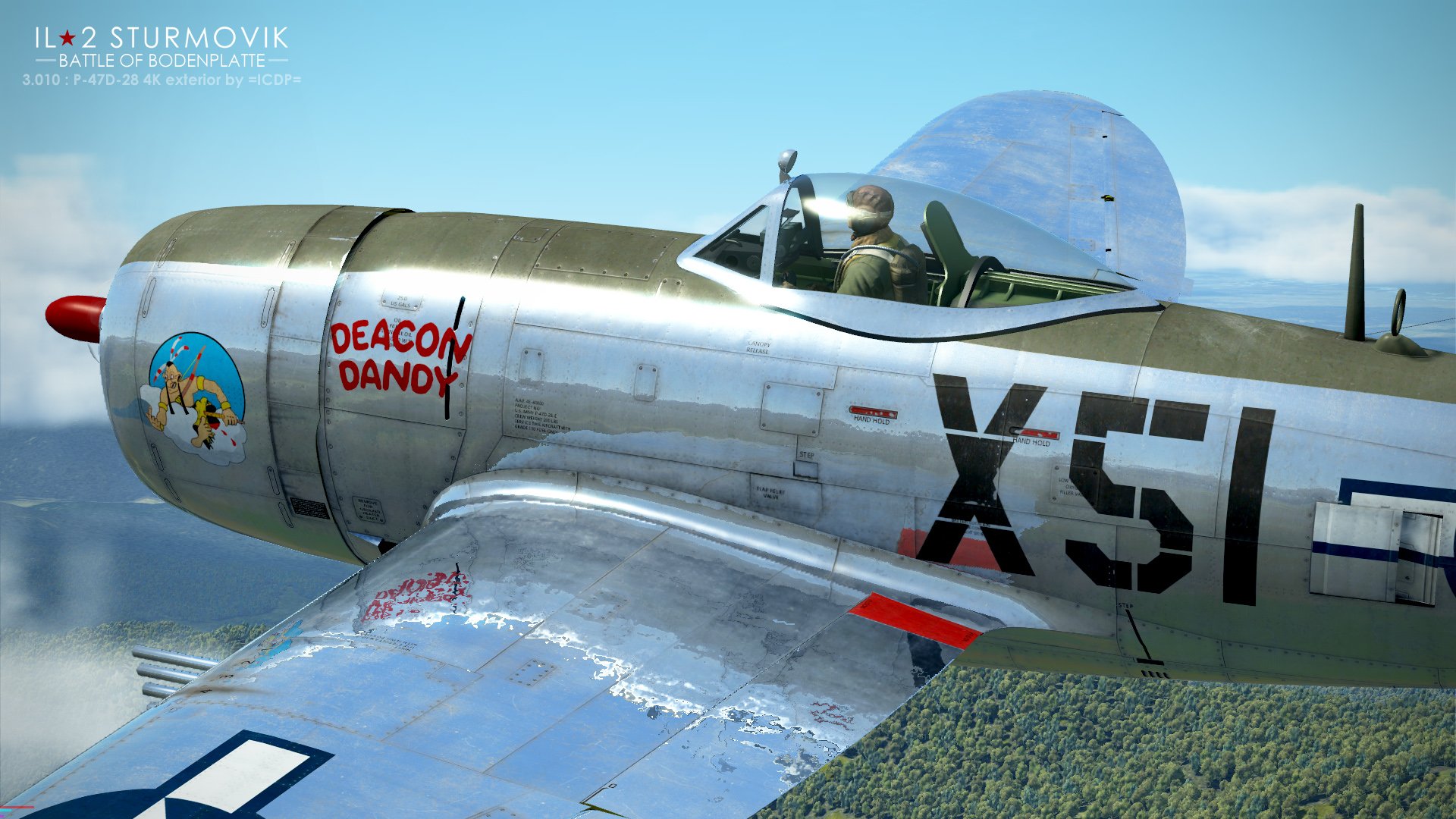 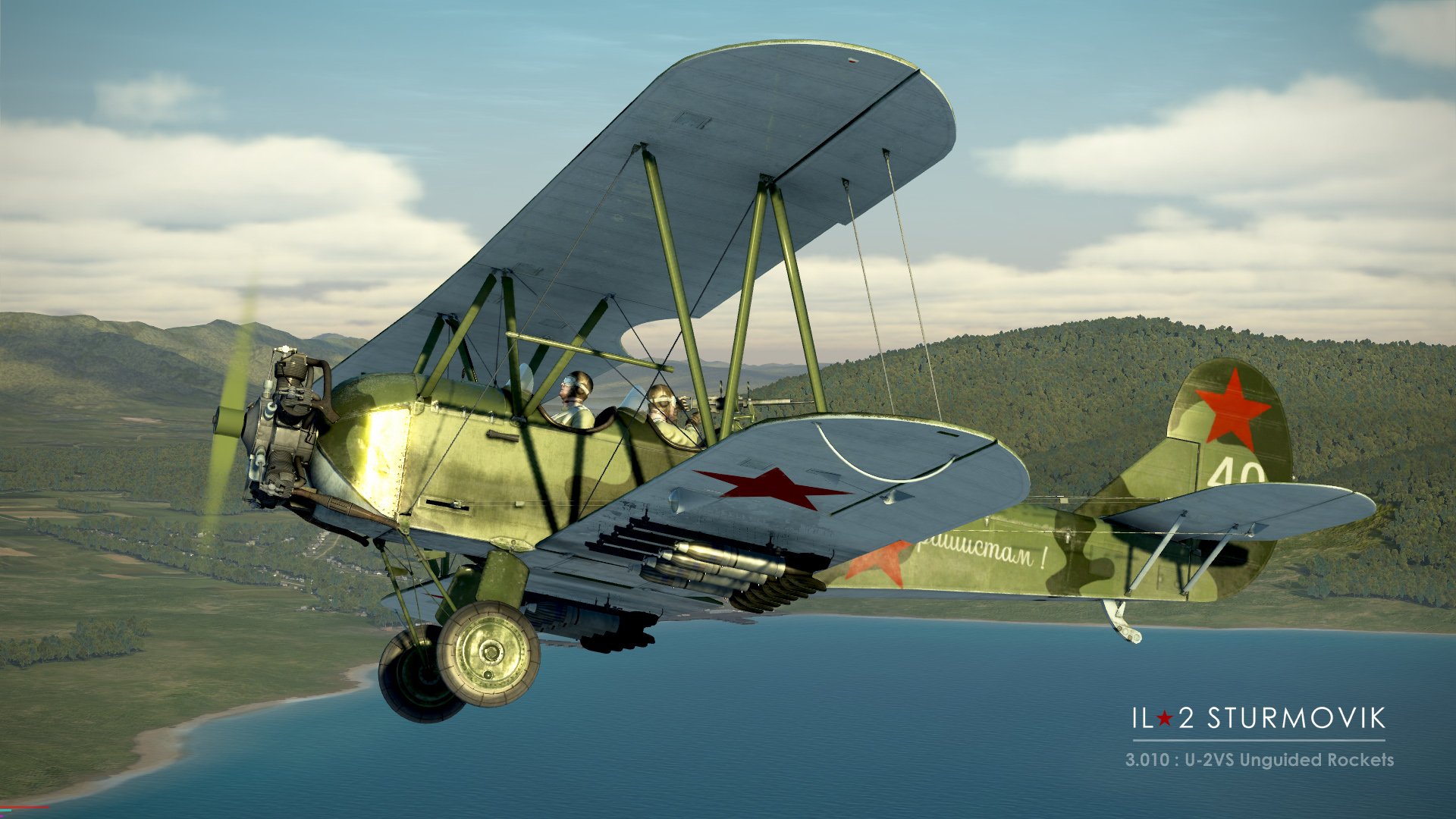 
1. Full-screen map position won't be reset after using the bombsight;
2. Text chat layout has been improved;
3. In-game chat shows previous messages when the Enter key is pressed;
4. Full-screen map transparency can be adjusted in the game options;
5. Airfield symbols in multiplayer have been updated;
6. Airfield symbols in multiplayer have additional elements showing the enemy threat level near it;
7. Threat level and amount of active players won't be shown for enemy airfields;
8. Multiplayer statistics screen is only updated when it is opened;
9. Multiplayer statistics screen sorts the players basing on the number of points by default;
10. Multiplayer statistics screen remembers the selected sorting criteria;
11. Secondary targets information on the multiplayer statistics screen has been repositioned ;
12. Servers protected by password and/or servers with a bad connection can be hidden in the servers list;
13. Frontline with the color specified as 255,255,255 will be displayed with correct colors like (0,0,10) since many created missions and campaigns rely on that;
14. Mission target markers have been adjusted for a clearer look while zoomed in;
15. Fuel and convergence sliders were made longer for easier use;
16. Mapping delete function in the game settings has been restored;
17. Ground object markers on the map have been made smaller;
18. Engine sound positioning has been improved;
19. Radio messages are made clearer;
20. Incorrect damage calculation has been fixed (a ricochet from a front lower hull of a tank could kill a driver or a radioman);
21. A random bug that could kill the Tiger tank crew after any hit has been fixed;
22. KV-1s and Т-34-76 aiming sights won't flicker;
23. I-16 aiming sight has been improved like on other aircraft;
24. Example multiplayer missions Cooperative_Complex_Example and Dogfight_Complex_Example show how different symbols or lines on the map can be created.