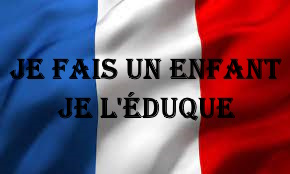 
Well its been a long development cycle and finally we have come to our public version 2 release. I would like to thank everyone in the community for their input and we are doing the best we can with the tools available. If you came here to slander us your journey will be short lived. Some things on my change-log were unable to be implemented at the current public release due to stability issues. No worries as most of these will be addressed in our up coming patch. I will be getting together the full change log and will update the post soon. Anyway on with the show I say.

Please note that by downloading this file you are agreeing to not re-upload or redistribute it by any means. This is to ensure that you only get our official Skunkworks content.

Cheers from all of us at S1i.

Installer:
A new and much easier to use installer based on Installshield technology.
Haut

Vu sur sim HQ:Faire attention avec la V2.0: In the 'News' section of The Falconeers forum yesterday, demonlord (after a complete absence of many weeks) announced that he has changed his mind and will NOT update the latest version of the SW - 2012 Theater mods that had been pretty popular with a lot of people. He had promised an update (version 2.1) that would fix the map bullseye color and the incorrect A/A missile loadout table for certain F-16 models, but he just never did.

I would strongly suggest that anyone who downloaded Skunkworks 2 mod go back to the original Skunkworks 1 release. I was sorry to hear that he will not complete the update as promised-- those two change items mentioned above were relatively minor. Perhaps there were some more serious, but not as obvious, issues that he chose not to deal with, so I hesitate to criticize, but I am disappointed.
Haut