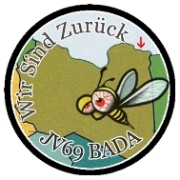 In an interview for Russia Today, the Director General of RSK MiG, Ilya Tarasenko, said that it would be a new construction capable of Mach 4–4.3, equipped with an anti-missile laser, and claimed would be able to operate at very high altitudes and even in near space. He also stated that it could be transformed into an unmanned version later. If purchased by the Russian Air Force, he claimed that the first production MiG-41 would be completed in 2025.[10]