The mountings used on the King George V and Dido classes were very cramped and difficult to maintain. They were also difficult to train in the non-powered mode using the hand mechanisms. Their rather slow training speeds meant that they could not track fast-moving aircraft. These last two problems were highlighted during the Japanese attacks on HMS Prince of Wales. When she took up a 10-11 degree list as a result of damage received, it was found that some of the mounts could not be trained to engage the succeeding attacks.

Both Prince of Wales and Repulse were fitted with a High Angle Control System (HACS).
First designed in the early 1930s, this was primarily designed to control anti-aircraft fire
against high-flying bombers.

the HACS was useful against high-flying Japanese bombers, but of little value against torpedo planes which were flown with
determination.

eight-barrelled 2-pounder ‘pom-pom’ Mark VIII mounts. by
1941 they were considered obsolete due to their low muzzle velocity.
They were also prone to jamming, and lacked the tracer or high-explosive ammunition

Both Prince of Wales and Repulse were fitted with a High Angle Control System (HACS).
First designed in the early 1930s, this was primarily designed to control anti-aircraft fire
against high-flying bombers.

the HACS was useful against high-flying Japanese bombers, but of little value against torpedo planes which were flown with
determination. 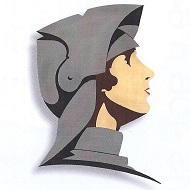 
These torpedoes caused severe structural damage, with the first detonation being
exceptionally heavy.· The most extensive structural damage and flooding occurred
from "8" engine room to the after S.2S-inch magazines. The port inner and outer voids
of the side protection system from frames 184 to 253 flooded immediately. This, with
almost iIJUnediate flooding of the port shaft alley, quickly produced a large list to port.
The
first torpedo, which hit near "Y" turret, exploded on or near the trailing edge
of the port propeller strut near frame 289. The torpedo struck an area of the underwater
hull where there was a pronounced concave shape inboard. The full force of this
torpedo's explosion was vented into the ship. The strut ann failed, and the port outboard
propeller was probably loosened and in time ran off the shaft. More important,
however, was the fact that the shaft was distorted and the propeller kept turning
without
the
support of the shaft strut. In a short time the distortion in the shafting
opened all the watertight bulkhead stuffing glands, including that on the after bulkhead
of I'B" engine room. Lt. D. B. H. Wildish, in command of the space, realized that
the
shaft had experienced some serious damage, and without specific orders he had the
shaft stopped. He recalled twenty-five years later that:
There was a terrific thump, and the ship whipped around like a springboard for a few
seconds. My turbine started to vibrate at once, and I ordered it to be shut down ... we
checked the unit for the usual important details ... and we .. . gradually brought it
up to 150 rpm, despite some vibration. . . Very soon after, water began to pour out of
the shaft bulkhead gland, and I tried to keep this flood. water down by using the engine
room's pumping facilities. It was to no avail. Then we tried using the main circulating
bilge suction, which also proved to be unsuccessful. We had to evaculate . . .. I took
the necessary action to prepare the turbine for steaming under flooding conditions.t
...
The shah was turning when we left ... we had just enough time to shore the
hatch down for added security before water began to seep around the edges of the hatch
coaming at the joint.
Within eighteen minutes "B" engine room had flooded completely .

Excessive vibration and warping of the shaft had probably loosened rivets in the
line bearing and main-thrust block foundations, distorting the shaft, which finally
caused an annular ring to develop in the stem gland. The shaft was observed to be
rotating out of center. This was probably aggravated by the bent shaft ripping into the
stem structure, since many survivors from these areas heard banging and thumping
from positions as far away as frame 200. A large piece of the wrecked strut ripped a
hole in the shell plating, which caused some flooding in the inboard shaft alley. In
1966, Royal Navy divers examined the wreckage and found the bare shaft had pulled
away from the ship, snapping the strut in the process. A few feet forward of the
A-bracket stub, there was a large hole about 12 feet in diameter with the shell plating
jaggedly bent inwards.
The other torpedo lor torpedoes) exploded just abaft a main transverse watertight
bulkhead at frame 206. From visible evidence and the subsequent damage, it seems
plausible that two torpedoes detonated near this bulkhead in close proximity, virtually
Simultaneously. Such a sympathetic detonation is possible within a distance of
approximately 160 feet, and the second explosion would be almost indistinguishable
from the first, except that a greater amount of water would be thrown up by the two
detonations. In fact, the magnitude of damage and flooding would be better described
by two torpedo hits rather than one. The torpedo hit (or hits) produced severe structural
damage between the "Y" turbogenerator (action-machinery) room and the port
diesel generator room.
A survivor from the port diesel generator room claimed that the transverse bulkhead
(frame 206) at the after end of this space "caved in." Such damage is very
significant, since it confirms a torpedo hit close to the bulkhead. The claim that the
bulkhead collapsed into the space indicates that the torpedo struck abaft the bulkhead.
The closer the torpedo struck to the main transverse bulkhead, the greater the
amount of deflection carried into it by the deformation of the very stIOng torpedo
(longitudinal) bulkhead. The deformation of the main transverse bulkhead was carried
well inboard, despite precautions taken by the structural designers and the lessons
learned about bulkhead structural details during the Job-74 tests. It caused some
damage to a flat in way of a reserve feedwater tank in Ny " boiler room. The designers
had given special consideration to this flat's design, but the deflection from the longitudinal
torpedo bulkhead was great enough to destroy the watertight integrity of the
feed tank.
A survivor from the "yn action-machinery room reported damage to the turbogenerator,
while another claimed that the outboard main propulsion shaft which
passed through this space broke. This was probably incorrect; what he may have seen
was the line bearing being pulled off its foundation by a wobbling shaft. The "Y"
action-machinery room and number 12 breaker room, immediately above, flooded
rapidly. There are no details available of structural damage to these compartments,
but it is possible that the flooding could have been caused by damage to, or insufficient
closure of, a watertight door into the escape trunk from the compartment below. A
considerable amount of steam collected at the fOlWard end of the action-machinery
space, making escape from this compartment hazardou s. A survivor from breaker
room 12 claimed to have seen two badly burned men going up the escape
trunk. The lIy" action machinery room was a hot space with superheated steam
coming to the turbogenerator from "yn boiler room. The steam pipe was insulated,
but the exhaust from the generator was not. Another steam pipe went to the hydraulic
pwnp. It is quite probable that one or all of these pipes ruptured when flooding water
made contact, releasing superheated steam, further complicating damage control.

According to the ship's officers, the damage-control parties had the situation
almost under control around 1220. It takes twenty to thirty minutes for a damagecontrol
party to determine the extent of damage, how best to control the situation,
and finally to commence efforts to shore up weakened structure and reinforce hatches
or doors to flooded compartments. The problem in the Prince of Wales was that the
lack of communication caused by the power failure made it difficult for the damagecontrol
central to know the severity of the problem. In fact, Captain Leach had difficulty
in determining just what was wrong with his ship. Nonetheless, a number of
temporary electrical lines were rigged aft to supply emergency power, but the second
torpedo attack simply overwhelmed the crew's capabilities, and many of these lines
were never connected to the equipment they were intended for. As the action took
place near the equator, more ventilators than usual were open. It is probable that
several ventilator systems were left open or not properly secured after the first torpedo
attack, thus increasing the area of flooding. Moreover, damage control was hampered
by high temperatures within the ship {92°F in living spaces and 1250 or more in some
machinery spaces}. Also, ventilation, lights, and communications failed almost instantaneously,
and the combined list and trim made access difficult. Almost every
member of one damage-control party was overcome by heat exhaustion, but many
returned after a short rest topside .