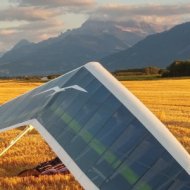 So many options and interesting functions to this very powerful Mission Editor, one hardly knows where to start

We mark the end of the beginning then

Objects including planes are controlled by linking commands and targets to objects, rather like in a block diagram. So I'm rolling with that paradigm guoD

Refer to this diagram, large yes sorry but it's large for you not for me, I know what it looks like already.

I've kept to the left to minimise scrolling, you can open the diagram in a window alongside the Mission Editor's window for reference. It will be a lonely time to begin with.

Copy the setup if you are in a playful mood or grab the mission and make your own changes to waypoint heights and so on.

Change the direction of your plane's landing (into the wind when wind is blowing) and what looks like the sharpness of the turns at waypoints. Little direction indicator in there

Object icons have a tiny red rectangle bottom right, you can use that rectangle to rotate directional requests as here, or to rotate an object in 3D space

I've added help-boxes in there for you to refer to while you set up the ten icons.
The tenth icon is out of the picture by the way, the Mission End icon
Missions do not insist on having a Mission End icon but you will want to
use the (menu bar) Tools/Start Integrity Check function and that will throw an error
on seeing no Mission End icon. The mission will still be flyable though

The Spad takes off and flies a few waypoints and then lands.
This is the minimum requirement for the mission builder

Interestingly, the enemy flight spawns into the mission: drops out of the sky
to attack our hero. Juicy stuff for the mission builder

Now. The big point here is that when a plane can take off, fly under your direction somewhere
and return home, that flight is a set of icons in the 2D editor

This group can be pasted on to the map at another location. You do not need to go
through all the rigmarole of setting a plane's flight up again for the next mission
You just paste in the flight and stretch the waypoints to cover the area
in which your plane is due to fly missions
Move the plane's icon to an airfield, move the waypoint icons to cover your flight plan
Move the landing point to another airfield or bring him back home

Your icons (id: xx) will be showing different ID numbers to mine here, they'll be assigned
differently I'm sure by the ME but operations should be clear enough

If you intend to move an object via waypoints you'll need to make the object active, to link it.

Select the plane by clicking on it, look for its Properties by right-clicking and Properties: or from the Plane Properties icon at top

Give your plane a name, Player or Rickenbacker or something else so you'll know which plane you're commanding

Next to the plane's Name on the Plane properties panel there's a right-arrow, click on that

On this panel you can add a Message, a controlling procedure: Add Message/OnTakeOff

To get your plane to fly to Waypoint 1 you will need to insert the Waypoint ID in the TargetID field of the On Message properties dialog.

To get to this dialog, double click on the Message Type field 'OnTakeOff' to see the Command and TargetID fields. Fields are areas in a table where you can insert numbers, characters, values

Your pilot's plane will need: a TakeOff command, perhaps controlled by a Timer, a series of Waypoints and a Land command


Move to the scratchpad area, below the southwest corner of the map

Here the land is flat and you can eliminate the complications of trees and other collidable objects while testing interesting functions and getting to grips with the MCUs (commands, triggers and so on)

Every mission needs a Mission Begin command. MCUs/Translator:Mission Begin. Drop one on the testing area

Mission Begin will trigger the Timer procedure (when the mission runs, after you hit P to unpause and fly the mission)

The command has no Target but the object it points at must be your plane, hit Find Object and select your plane with the mouse 'Object?' cursor

Same as with the plane and more objects, that right-arrow to the right of the Object's Name: hit that and set 'Time to go off'. When the timer reaches zero it will trigger whatever its Targets are set to

Grab a Command: Take off MCU icon from the panel and drop it in near your plane. Its object will be your PlaneID. You can 'Find Object' or double-click in the Objects-fields area to see the Select MCU Object(s) panel

The rest we can talk about between now and the next ten years, it's Saturday there's a ballgame. Can't cover everything in one post, that should be enough to get your juices flowing