Hello everyone,
Things are a little slow, or rather, the progress at this stage is not too apparent.

On the Normandy front, the landscape is moving along. We’ve increased the amount of details on the landscape and worked a bit more with the woods. The woods are now a separate single object which makes them both easier to place and a lot easier on performance. 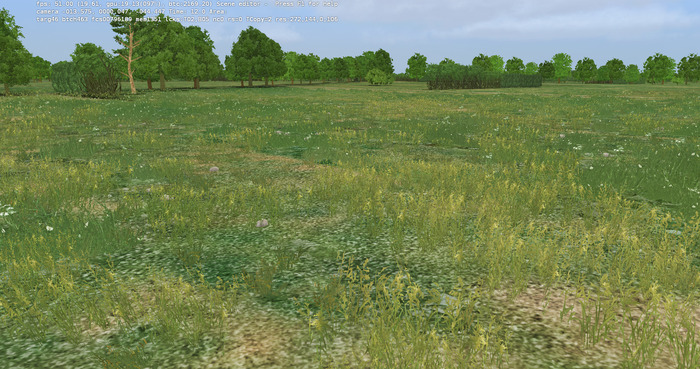 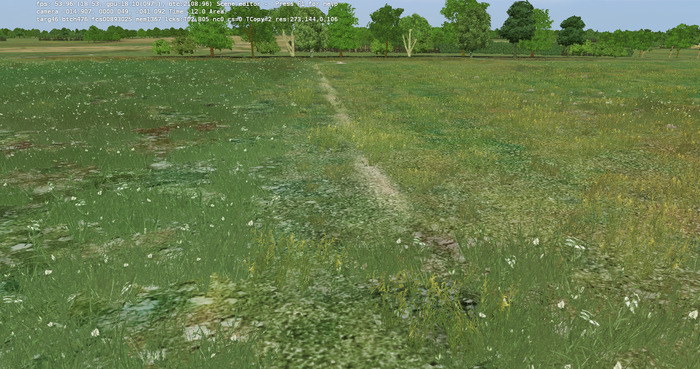 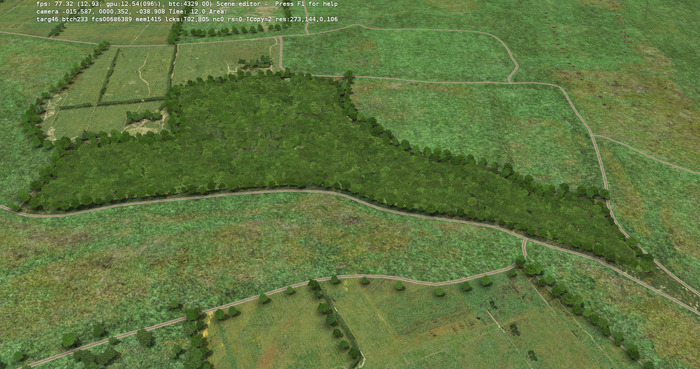 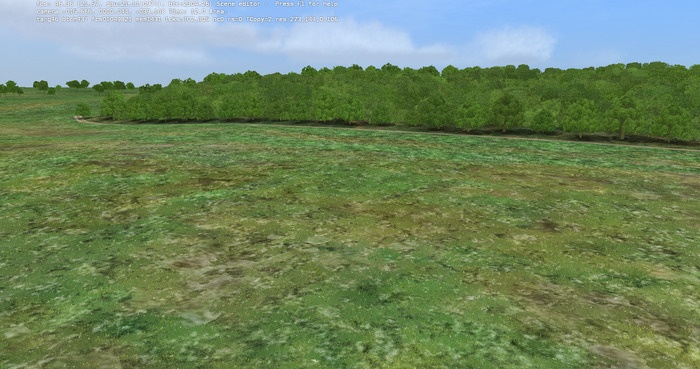 We’re also creating a few more stand-in buildings. The design process has us place a lot of blue box stand-ins, simple shapes that denote where the buildings will be, which will later be replaced with detailed buildings of the same dimensions. Replacing blue boxes with these more detailed stand-ins is an intermediary step that allows us to better fine-tune the look of city blocks. The texture is obviously temporary. Once we place a bunch of these together we can experiment with damage modeling and the general aesthetics. 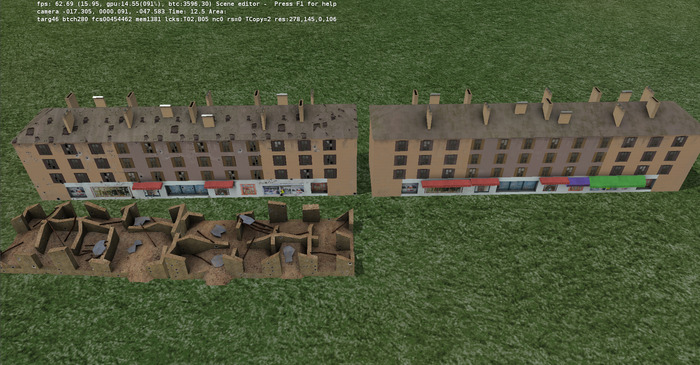 On the airplane front, we decided to hold off on screenshots today. When things are unfinished, they just don’t look that great, and while many of you will perhaps call us too pessimistic, we’re just not comfortable with showing these unfinished intermediary steps.

The P-47 cockpit is beginning to look rather good. We greatly improved the instrument panel. It’s virtually complete now, and it looks a lot more like the real thing. We had to redo a huge chunk of it compared to the previous screenshots, and the gauges now have the proper bezel as they should on the P-47D-30. We’ll be finishing it up next week and polishing it and inserting it into the game engine the week after that, so hopefully there’ll be something cool to show the Friday Dec 6th.

We’re also progressing on the biggest success story of this kickstarter, the Me.262 cockpit. Being what it is, we again want to hold off on showing the very early stage. The modeler making it is the most resistant to showing unfinished work out of everyone working on the project. We’ll see what it looks like next week. Definitely very eager to show you guys what we worked so hard to put into the project!

The 109K external is also almost ready to be shown. Again, we made a very hard choice to hold off on those screenshots because we’re going to have something a lot more impressive next week.

Anyway, this is where we are across the board so this is slightly painful to write. Hopefully this week is the least amount of screenshots we’ll ever show. Everything is moving along, and as things get closer to completion there’ll be a lot more stuff to show. Especially once we have the 109 visuals in the engine. That’ll begin a very exciting stage for the project.

Finally, on the web development front, I know a lot of you are very anxious. This is taking a lot longer than anticipated but the end result will also be a lot more comprehensive than we originally intended. We’re moving along with the backer web functionality and making sure it’s both clear and easy to use. The intended end result will allow all project backers, kickstarter or paypal, to log in to the project site and to see their own personalized management screen. It will show you the exact number of rewards you’re eligible for based on your pledge amount. It will show you the rewards you have currently selected along with their status (shipped, in progress, etc). For any unfulfilled rewards, it will allow you to swap them out or enter additional details. We’re working very hard to make sure it’ll be easy to use and to understand, while also being full-featured and problem free, allowing for example such a range of options and easily specifying user accounts for friends you wish to gift additional licenses to, or specify different shipping addresses for several copies of the same aircraft manual, etc.

We’re working extremely hard to have it working as soon as humanly possible, and hopefully we’ll have some screenshots as well as the ETA for the site ready very soon.

Thank you for your continued interest in the project! 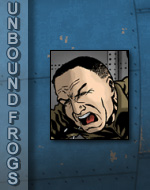